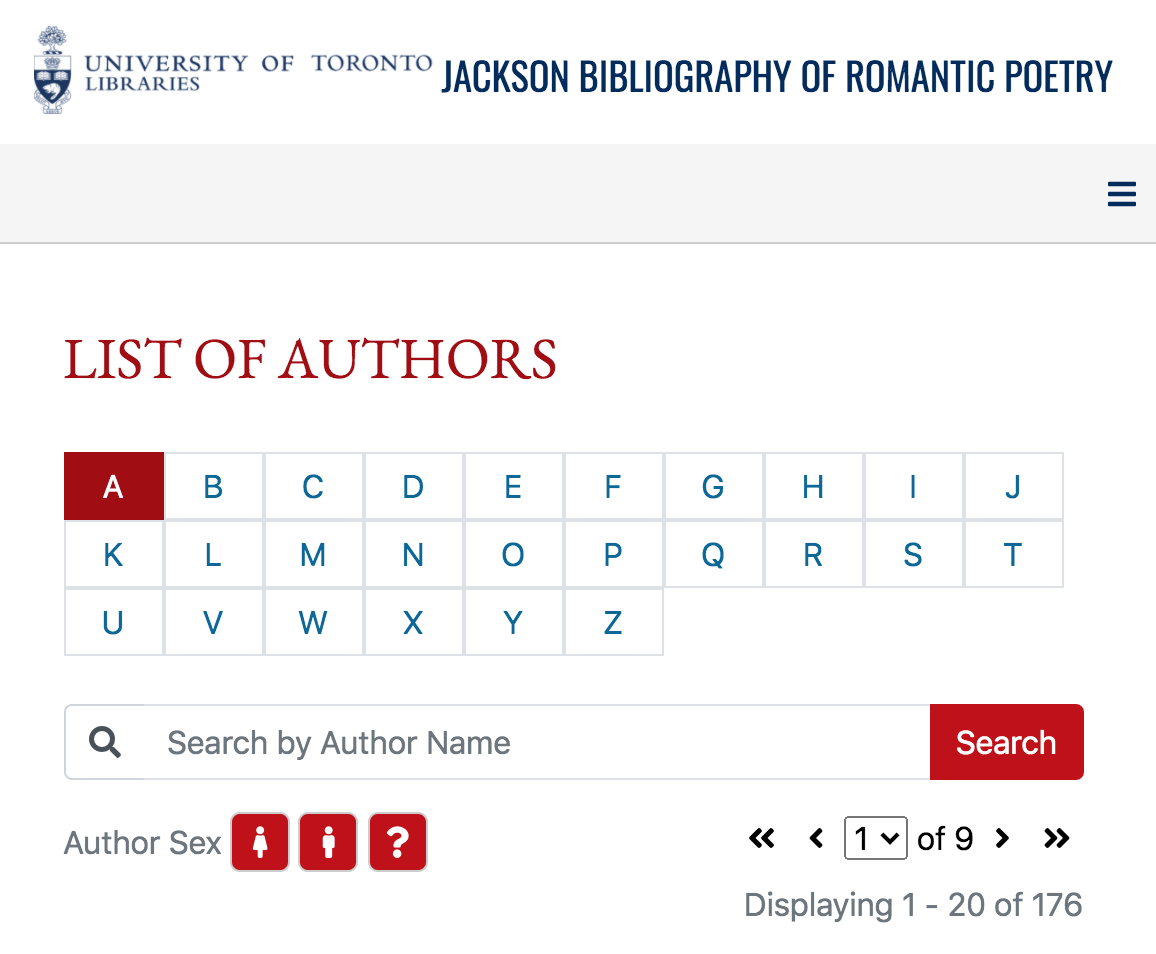 Description: This bibliography, which is based on first-hand examination of copies, aims to provide descriptions of all extant editions of all verse in English published for the first time between 1770 and 1835, amounting to approximately 23,000 volumes. In its earliest print-based forms, the Jackson Bibliography of Romantic Poetry was a tool in an experiment to consider Romantic poetry in English–and by extension, literary history in general–in a new way. While accepting the confines of traditional period divisions, it aimed to enable scholars to write what Robin Jackson called “a history of poems rather than of poets” by setting canonical works in the context of their contemporary rivals. The first task was to identify the rivals, not by relying on the opinions of the major authors or on secondary criticism, but by scouring the lists of publications of the time year by year. In the process, thousands of poems gradually resurfaced and with them, hundreds of women writers, hundreds of provincial authors in Britain, and many more hundreds of poets based in North America whose works were published both at home and abroad. In its current enlarged state, the Bibliography includes enhancing searching capabilities, including facets for search by nation and by sex of author, and is currently adding biographical headnotes to all author entries.